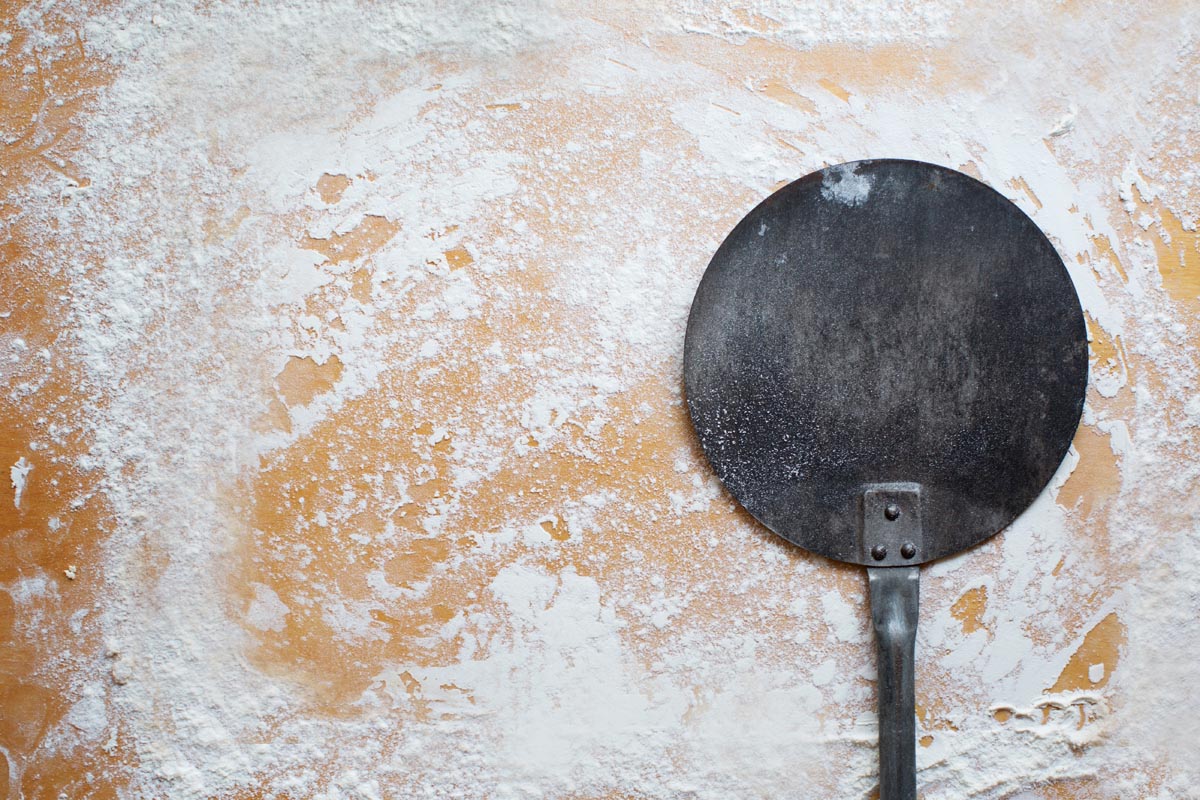 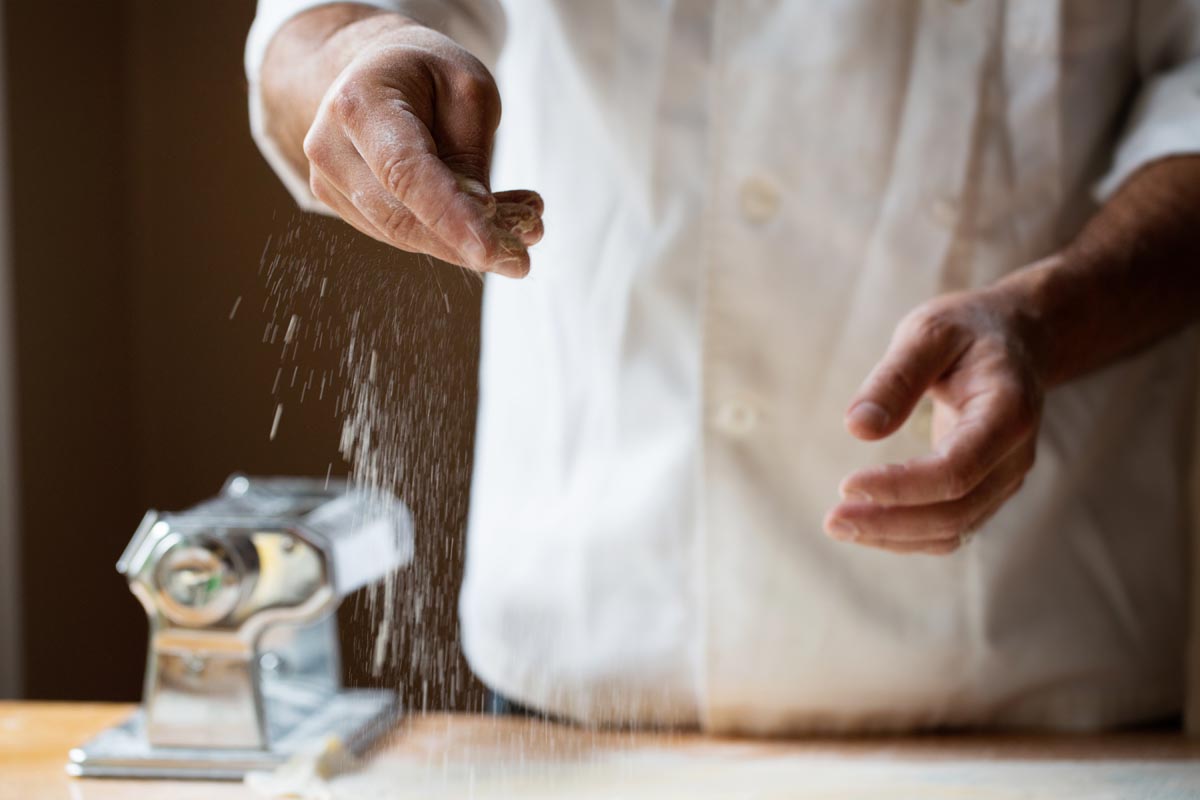 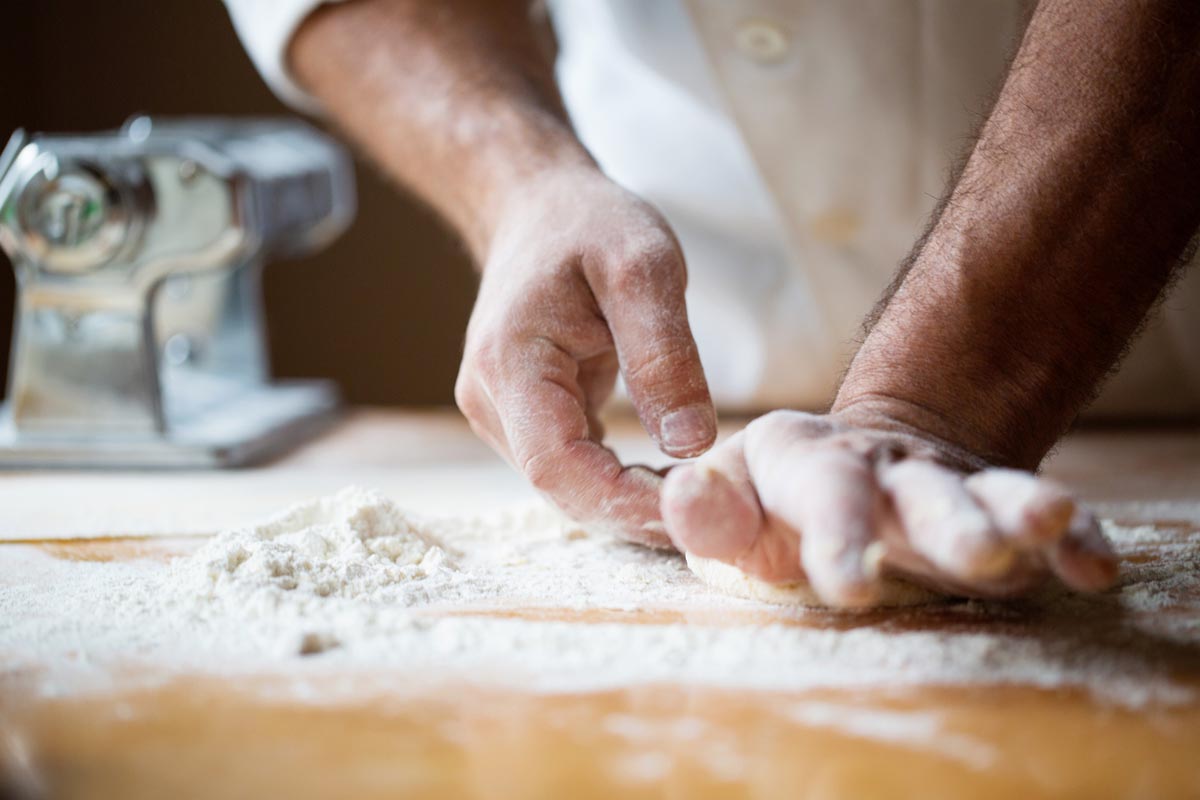 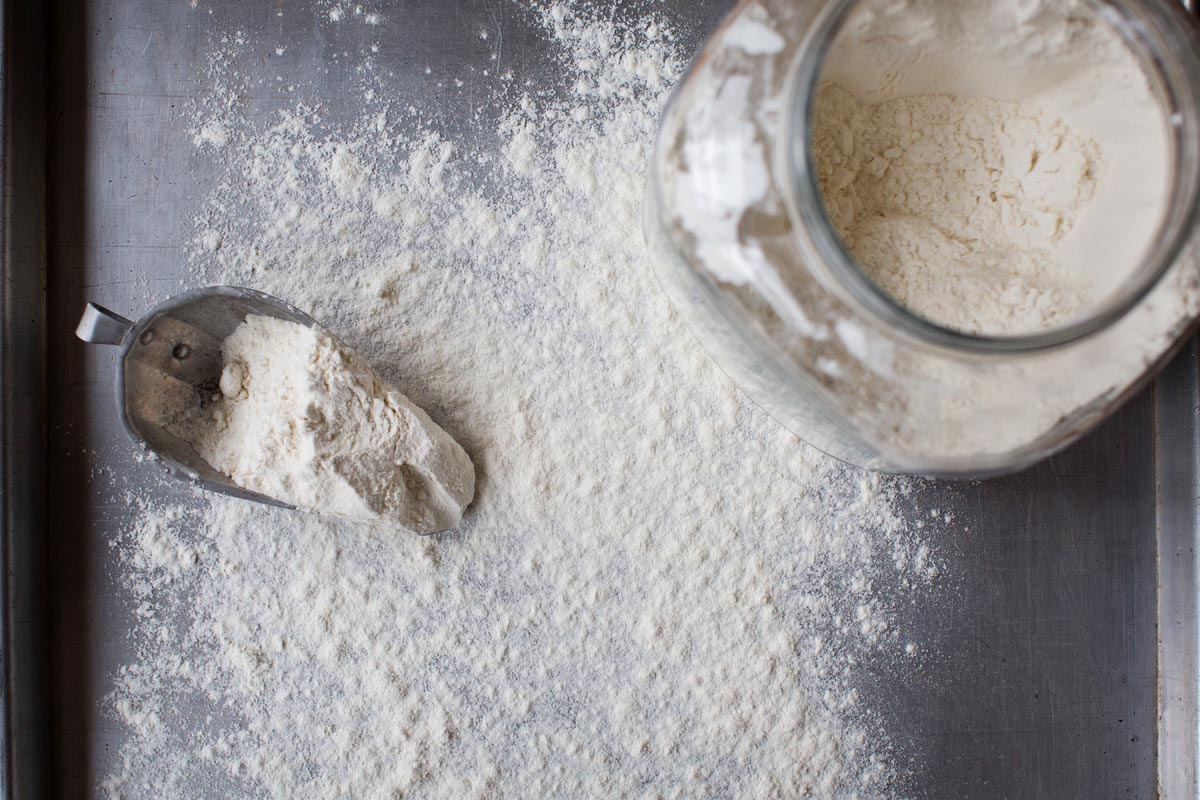 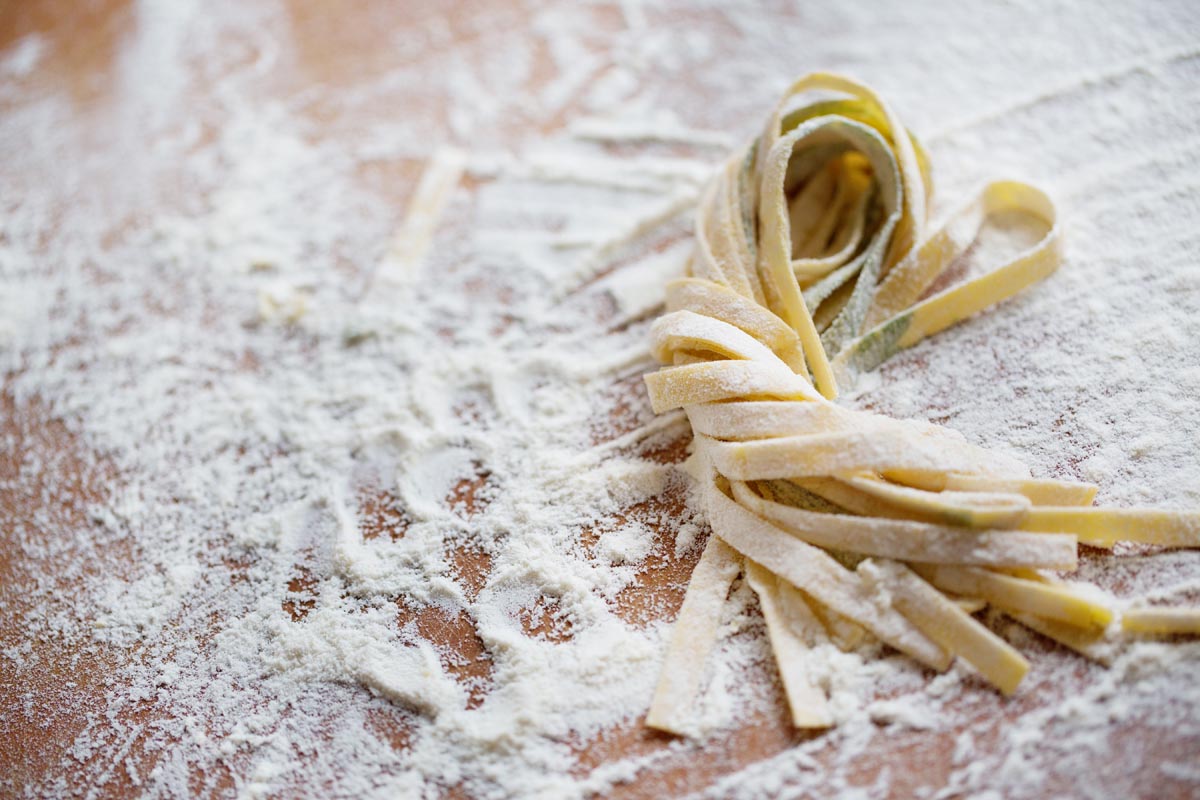 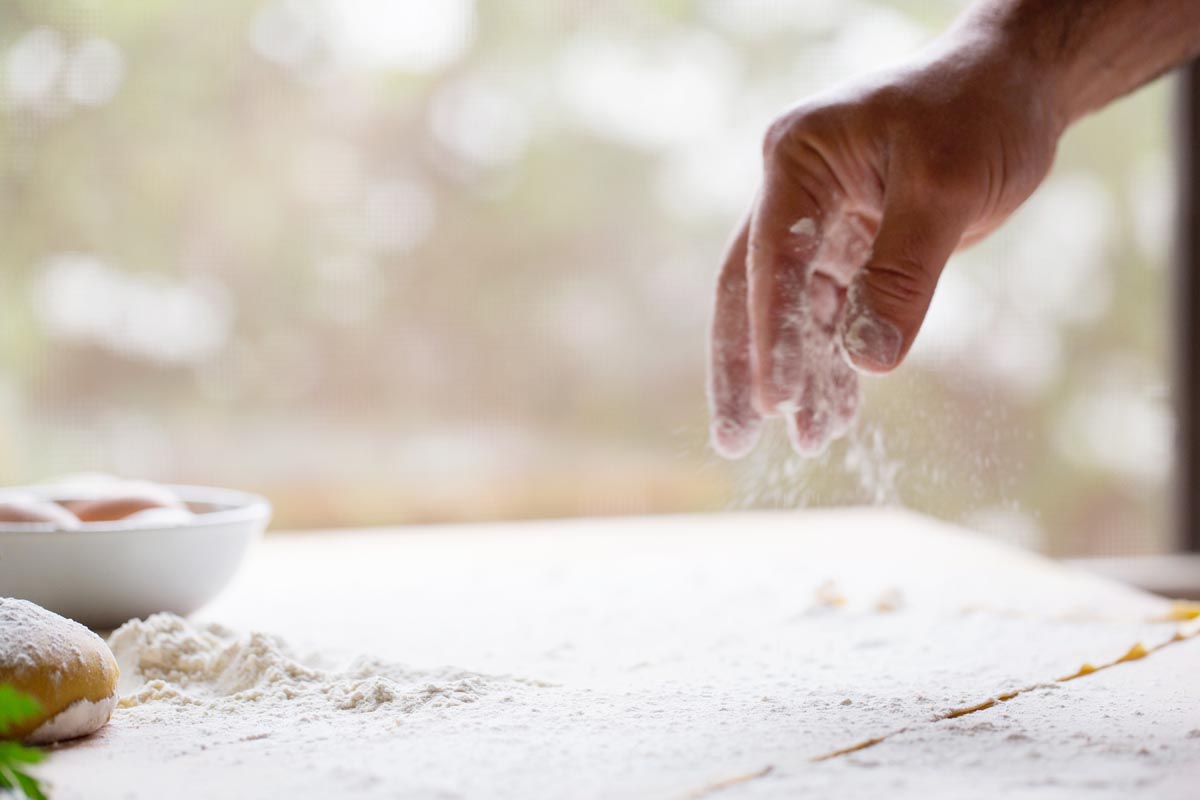 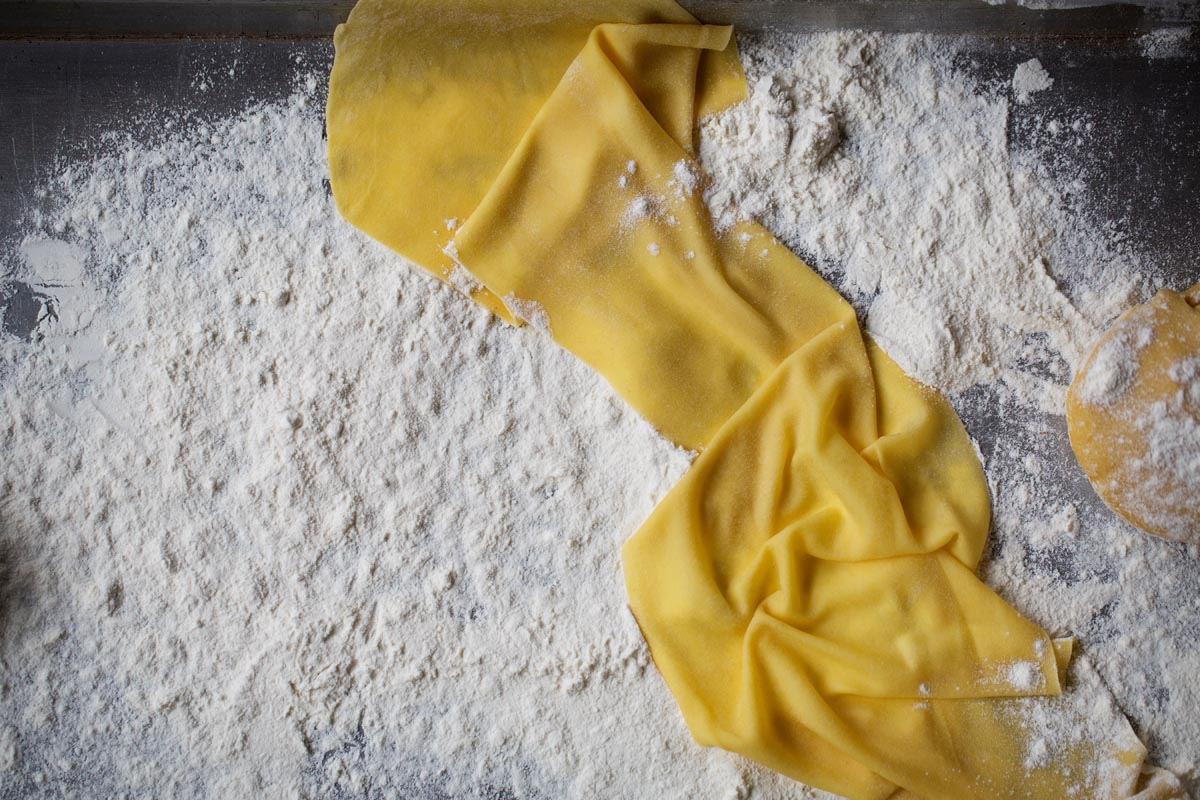 A foodshed is a geographic location that produces food for a particular population – including the land where it’s grown, the markets and kitchens it passes through and the tables it ends up on. Like the flow of water defined by a watershed, a foodshed outlines the flow of food from production to consumption.

The impetus behind Foodshed Take Away actually began in Rome, Italy. Napa native Giovanni Guerrera first conceived of the idea of starting a restaurant and teaching kitchen while living and working there as a sous chef at the American Academy in Rome from 2010-2012. As an instructor at Alice Water’s Rome Sustainable Food Project, Giovanni worked alongside Chez Panisse-trained chefs Mona Talbot and Chris Boswell, as well as dozens of interns and volunteers, to prepare meals based on locally sourced, seasonal ingredients, and was profoundly inspired by the results.

Upon his return to his hometown, Giovanni reached out to his former business partner Sean Pramuk to see if he would be interested in joining forces again following their successful management of Uva Trattoria in downtown Napa from 2001-2009. Sean was keen to collaborate again on such a community-oriented and ground-breaking project. They opened "Foodshed Pizza & Pasta" in July, 2013, in the Napa Corporate Park and chose the name as it aptly underscored their committed to authentic production and more conscious consumption.

Giovanni then contacted Leslie Medine, Co-Founder of On The Move, to see if the local non-profit would be interested in helping create a new kind of job training program in the Napa Valley to promote leadership skills and economic self-reliance among Napa’s low-income youth and underserved populations. OTM played a critical role by providing the initial financial support for the Foodshed Internship Program and identifying internship candidates. Today, our Work Force Training Program has become self-sustaining and offers local high school students valuable experience in a professional kitchen.

The initial goal was to serve up delicious, house made food while expanding opportunities for at-risk youth and aspiring young chefs. After only one year of operation, over two dozen applicants had completed Foodshed's culinary internship program, many graduates had secured employment in the local service industry (including in our kitchen), and some had already earned promotions. Foodshed had also been featured in local and Bay Area press, and earned 38 “Five-star” reviews on Yelp.com. By January, 2015, Gio and Sean decided to move the operation closer to town and opened Foodshed Take Away to be able to serve more Napans.

As producers, consumers and employers within Napa’s foodshed, we aim to establish a more sustainable, community-minded eatery by promoting the people, products and resources of our unique locality. Simply put, we believe that eating that promotes Napa Valley’s foodshed tastes better. It also happens to be better for us, the environment and the local economy. That’s why our hand-crafted pizzas and pastas are based on fresh, seasonal ingredients, and why we seek out locally sourced whole grains and produce and farmers employing sustainable practices. It's also why we've created an internship program to teach healthy cooking skills, increase awareness of sustainable food systems and inspire a new generation of culinary entrepreneurs here at home.